There lived a family, husband and wife. Soon a son was born to them. They wanted their son out of the cocoon of the material world into the realms of moral, spiritual and personal development. The father expired when the child was only one and half year old. The mother was alone with her child. She was pious and brave lady. She had a caring heart which worried for dying morality that people lacked at the time. She always looked for ways to bring up her child in such a way that he can bring light into darkness. She thought and planned on how to raise her son and ignite in him the spark of faith and belief and the realization of God.

The mother had great difficulty to nurse passion in the child to make him a precious gem of the society. She bravely fought for her dream ! With great zeal and concern she fought.

In an unfavorable and difficult situation and without her husband, she stoked the flame of her dream. And unlike other women who might not focus on their children and let them wander on roads she didn’t lose hope, instead she challenged the growing problems that schemed to defeat her and resolved to provide her son a better environment, better education and a lasting belief in God that many had lacked for centuries.
She opted to fight and stood firmly as a brave believing woman unlike modern women who renew their dreams at the evening and change them at the morning. She believed that worldly materials and possessions would never last for long while the belief, faith and morality will help after death. Always her mind wandered to Allah. Physically she was on earth but mentally her mind was attached to the next world we don’t like to talk or attach ourselves with. To train and educate her child, she made her sole dream for which she planned everyday. Always She thought a new way to mould him into the best version of human being.

The little boy would attend a Madrasa nearby. His heart was supple and smooth like a rose upon which a drop of water slips out easily. The next day, before he returned, she prepared food as she had planned and kept it somewhere inside the house hoping she will guide when he would get home. When he came back, he asked for food. He felt very hungry. The mother felt the pain more than him but to train and make him valuable human and a good example for those who would follow, she didn’t give food except she said “Dear son! Today we will ask Allah for the food. He will provide at any rate. So, first make Wuzu (Ablution), spread prayer-mat and perform Salah, then ask Allah for food. He is the one that never rejects anyone with his needs unfulfilled.” The boy felt exalted and started making ablution rubbing his skins with his soft and gentle hands and pouring out water carefully over the parts that are to be washed necessarily. He spread a mat and made an intention for Salah. He focused his whole attention from his surrounding towards Allah. This beautiful scene pleased the mother who stood behind him. She muttered to herself ” O Allah make my son one of your servants you love the most” On finishing the prayer, the boy turned to her mother asking where the food is? The mother said: Allah must have kept it inside the house, go and try to find it will be there. He ran inside enthusiastically. After some moments passed, he found the food placed in a corner of the house and he felt most excited experiencing a joyous storm.

This act to teach him belief in God obviously increased his faith and drew him closer to Allah. The bud of a strong faith had begun to sprout.
It had got rooted firmly as he everyday offered Salah and found food somewhere in the house. He began to love God more. Always, on the way to Madrasa and with his colleagues he discussed about Allah the Almighty, that He is great and he can do anything beyond the reasons and limits.
Days became weeks and weeks melted into months. Some breakthroughs happened within him. He felt an strange transformation of the self ascendance. Day by day he was soaring to the higher morality and greater levels of spiritual world.

One day there was a great threat and a possible setback. A matter that shook her mother and she felt as if the sky may fall upon her. She was frightened and unable to make any decision what to do urgently.

It happend that one day she scheduled to visit a neighbor nearby and thought she will get home and keep food prepared for her son before he comes back. But destiny seemed to turn the situation against her. She got busy and forgot to come back on time. It had become very late. As her mind reminded her that time is moving fast.
She felt the earth disappearing beneath her feet. Darkness surrounded her. Her legs began trembling in fear that what would happen if her son wouldn’t find anything to have after his usual Salah? He will feel bad and perhaps the belief instilled in him will fade ! Everything that she did throughout her entire life for her child would be wasted. Quickening her pace, she murmured to herself “O Allah! What should I do now? She ran towards her home like a women running to save her baby from a burning fire.

On reaching home, she found him fast asleep. Quietly she entered the kitchen and preparing food she kept in the room. Now she felt relieved and thought he must have slept directly after coming from Madrasa. She awakened him by patting. He got up and asked: what happened Mom? She said: ” My dear son, you don’t seem to have had food, you must be hungry, please have it” what the boy answered puzzled her deeply. Then realising she felt exulted and elevated, she was thrilled to hear her son’s reply” Mom! I already had the lunch. like everyday I made ablution, offered Salah and found in the room a piece of bread. Bread that I have never tasted before. It was most delicious of all I had till now” The mother knew it was from Allah. It was first sign of being closer to Allah.

Would you believe who he really was? What did he become. He was Qutbuddin Bakhtiyar Kakey, the most famous saint of India who was born in 1173 in Osh a city of Kyrgyzstan and died in 1235. His grave rests in a region of Delhi called Mehrauli. Khaja Maueenuddin Chisti was his mentor and trained him into the best personality human being of great spirituality and mysticism. 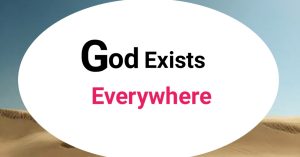 He sent him to India to connect people with Allah and spread morality, peace and harmony across India. People of all communities loved him and drank from his spiritual fountain. The emperors and rulers flocked to meet him, but he never visited their palaces neither accepted any present. He lived in the reign of Sultan Sham Suddin Altamash who probably visited him four times a week.
Once, Mueenuddin Chishti came to India and asked him to return to his country, on his back to his country he found of the half Indian Muslims followed him till he reached a good distance, rather the emperor of the time Sultan Shamsuddin Altamash wanted to accompany him. Later he returned after realising the flooding love of people for him. He caused millions of people to convert Islam, to change people’s lives and spread peace. The thieves, gamblers, drunkards and a lot of sinners changed their way of lives and abandoned what they had been indulging in previously.

It is the law of God when a man walks on a path to find God, He favours him. God exists everywhere although He doesn’t appear but He reflects in everything that exists in the universe. We can experience His reflection and power in everything that exists. Each single particle of the universe sings symphony of God praising Him a lot.
We have locked the door of spirituality even we don’t want to know about it that is why we are heading towards materialistic world rather than spiritual. 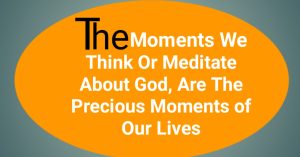 What do women can do?

I believe women have more ability to nurture and train the children. The way they can understand the children and train them, men obviously can’t. Psychologically, children are more attached to mothers than fathers. Children also imitate what they find within their parents.

As the mother of that child didn’t care how harder the situation may be. How difficult problems may come in her way while training and educating. Being alone and losing her husband had gone, she put whole her energy on her child. Whenever we put efforts it’s God who completes it. Nowadays, women like her are lacking in the world. They focus on their beauty rather than making the children good mannered and leaders. The women should change their thoughts like the women in past would think of loftier issues. They had the power, tactics to hunt the talents of the children. Presently the women are more busy in themselves. They have more times to focus on their issues rather than thinking of their children how and what to make them. When the women are such kind, how the children will become a saint like Mueenuddin Chishti, Abdul Kadir Jeelani, Qutbuddin Bakhtiyar Kakey?

The lap of mother is the first institution of a child where he learns and absorbs everything that he sees in parents. Be it moral, spiritual or educational lesson.

If the mother’s lap is unsafe, where else can they learn these things? How can they be moulded into best of humans ?

PrevPreviousLife Is A Gift
NextA Heartfelt Story of A ProstituteNext

Do You Think of Suiciding?