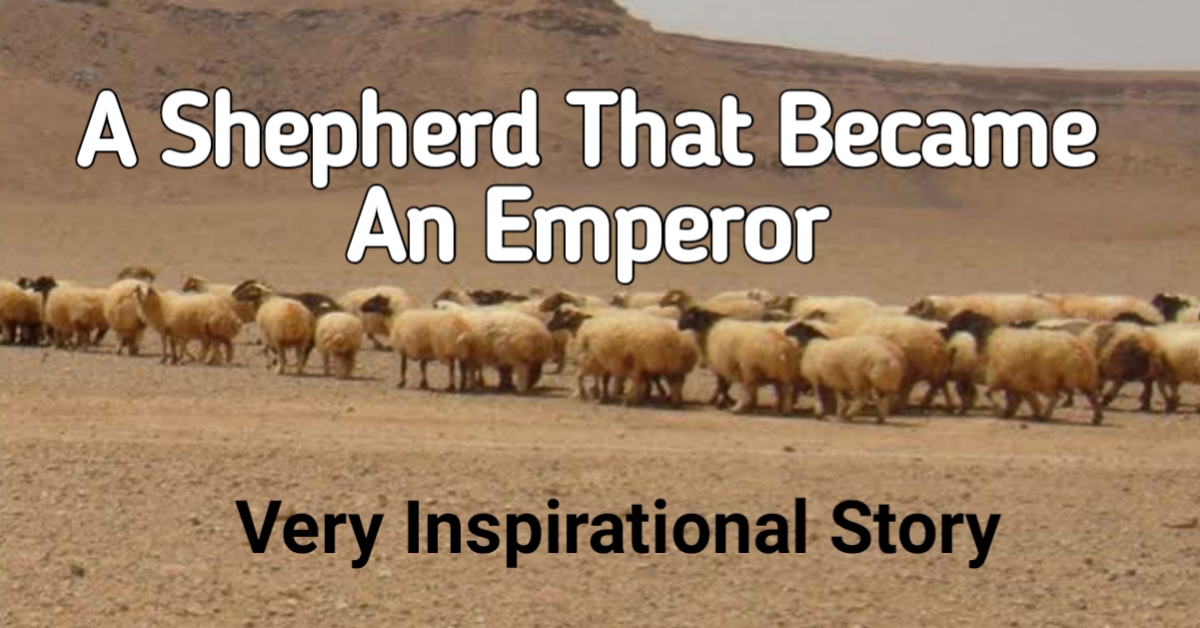 A Shepherd That Became An Emperor

He was a shepherd that took less care of his goats and sheep and was often scolded because of his careless for each task given by his father. He was the only one of his mates who was scolded by his father when he lost any animals. Every day he drove fifty and came back with forty nine. His father often rebuked and discouraged him criticising what you would do in future when you couldn’t control animals. He left his little son alone crying with his tears rolling down. The boy was Umar, a shepherd. To take care of sheep was his sole duty given by his father, Al khattab. Who knew that one day he will become emperor and rule over 22 lakh square miles and design his own history of his morals, character and belief.

It was the time when prophet Muhammad had started calling people towards Allah from darkness of the world to its enlightenment. A few people joined his mission but most of them opposed him. They hatched many plans to torture him along the companions and reduce the spark for his divine mission. Umar was foremost of them to hate the prophet. Getting tired of the mission of Muhammad and the increasing number of his companions day by day, Umar resolved to behead him. He headed off to the place where Prophet Muhammad stayed with his companions. On the way, someone told him ” Umar!  First think of your own sister who has unequivocally embraced Islam and then behead Muhammad” Boiled with anger and rage, he rushed to the house. He listened slight voice of some Arabic verses coming from inside. He knocked the door and thus pin drop silence spread everywhere. The door swung open. Squeezing into the house, he asked his sister and brother in law ” what were you reciting” they replied “nothing” Umar,  getting more furious and huffed said: “I have heard what you recited” They remained silent. Umar couldn’t help his anger and began to beat his sister that she fell on the ground. When his brother in law named Saeed interrupted him doing so, he beat him too that both bled severely. The sister challenged him firmly” Do whatsoever you can, we will die rather than leaving Islam, because it has deeply rooted in our heart” Umar sensing the magical strength and resolution of their Iman, he got somewhat relaxed and asked simply to show what was recited. The sister said ” You (atheist) cannot touch it before cleaning yourself.

He bathed and read some verses from the Holy Quran. Tears rolled down his chin and then he insisted his sister to meet the prophet, this time not for beheading him but to enlighten his entire life with the light of Islam.
He accepted Islam and become close to the prophet that he preferred the prophet and Islam more than anything even his parents,  children and his only soul he had once got.

After the demise of the Prophet and his representative Abu Bakr, Umar was chosen as second caliph. Would you believe that a person being scolded and insulted by his father over doing things improperly because of inability will become a caliph?

Undoubtedly, he was chosen because he had the most qualities of a caliph nurtured by the prophet. He was most pious and justice ruler the history ever has seen. He was known as Al Farooq. He roamed around disguised in the night to know if people slept peacefully. He said: if I oppress someone unknowingly, he may have the right to grab my collar in front of the people and how would I face God if a dog dies while I’m a caliph.

He dressed up in simple clothes with several patches unlike Roman and Persian Emperors who boasted of name, fame and royal stigmas. With such simplicity and mortality, when other emperors heard of him, they got awed and trembled by his justice, nobility, simplicity, belief and majesty. He possessed nothing except some cloth-pieces that could help him cover his body and he put all his energy to serve the humanity. His reign was most peaceful, well off and glamorous where people enjoyed prosperity. He called every needy and fulfilled his requirements.

It was the time when Jerusalem was conquered and the key was to be entrusted to the Muslim. The priests and Christians demanded that they would hand over the key only to the caliph. Thus, Umar set for Jerusalem on a horse that was fixed for two persons. He wore simple patched clothes while visiting Jerusalem to meet Christian emperors. He walked when his servant was upon the horse and he got on when his servant walked. It was a turn Umar had fixed equally between him and the servant. It was his turn to walk while they reached Jerusalem. The Muslims were worried about his simple look that what Christians will think of him. His servant gave his turn Umar to ride on but he refused saying that Allah has lifted and revered us by Islam not by these things.

Such kind of ruler history has never seen after him. The Christians were astonished to see him in simple look. They thought Umar a great caliph would be different but their eyes fell open in awe when Umar confronted them.
Now, after fourteen centuries, the world narrates his stories to their children. The world knows him as a great horseman, a brave wrestler, general and venturous. The historians analysed his biography and viewed him greater than any other rulers even Alexander.

PrevPreviousThe Secret Behind Happy life
NextHow To Reunite The MuslimsNext